Change – riding the wind towards a futureproof business 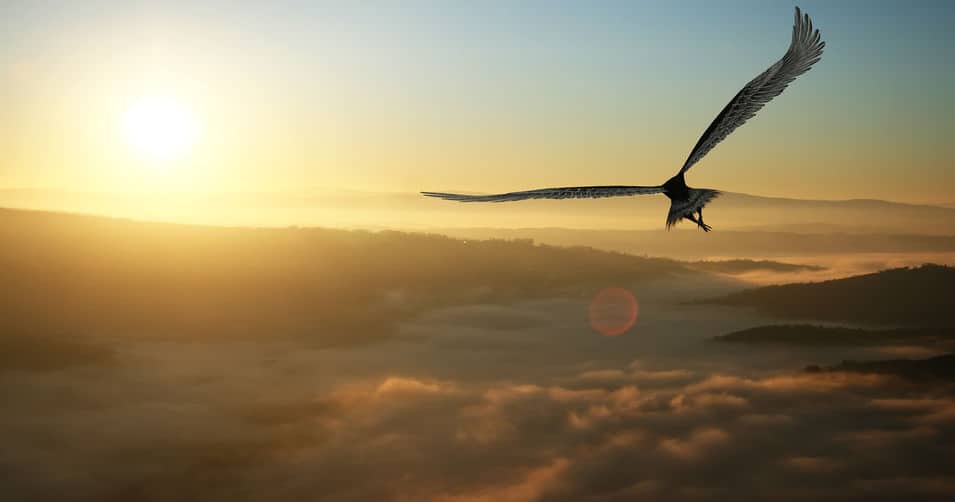 In times of change, how do you find a futureproof business?

The short answer is ‘it’s challenging – but not impossible’. Because obviously you can’t plan for everything when some things simply aren’t predictable. Except, of course, with 20-20 hindsight.

My wife tells the story of a friend who wanted to go to university. Her mother advised her to train as a comptometer operator. So she’d ‘always have something to fall back on’.

At the time that sounded like good advice. Right up to the point where calculators, and then computers, came into common use…

And the changes keep coming. When my father was born, in 1913, most transport in his native Balham was horse-drawn, and ‘pollution’ was mostly about dung on the street. Yet in his lifetime he saw aircraft develop from early wood-and-canvas prototypes to supersonic airliners. He saw space travel leave the realms of pulp fiction and become tangible reality. He witnessed a Zeppelin raid on London, Hitler’s Blitzkrieg, and the global impact of the first nuclear weapons. He survived into the Cold War era – and long enough to witness the fall of the Berlin Wall and the collapse of Communism.

Luckily he left us before the election of Donald Trump and the chaos of Brexit. He would have had much to say about both, and none of it good.

The dawn of digital

When I launched my first business there were no personal computers and there was no internet. If I wanted to find work, I had to look for advertisements in trade magazines, and then phone or write to apply for anything on offer. Life was slower. Work was harder. Typewriters were large (if you wanted a good one). And if you needed to correct your work, you had two choices. Retype it. Or – in the words of one much-loved editor, Richard Evans – ‘archaeological layers of Tippex’. For those too young to remember it, Tippex was a white correcting fluid you used to ‘paint over’ your mistakes. Another product that technology has made largely redundant…

As well as scripting I was looking for work in publishing, as a copy-editor – something else I’d done in my job. I wanted to write books, as well, but thought that might be more challenging. To my delight, I was soon doing both. At around the same time a good friend gifted me a Sinclair ZX Spectrum computer. And shortly after that I landed a job copy-editing books for Granada Publishing. Which involved introducing people to the first personal computers – like the ZX Spectrum…

And that’s how I was commissioned to write a book called ‘The Spectrum Add-On Guide‘. Finished up with a huge pile of hardware to review, which none of the suppliers wanted back. And got my very first word-processing setup. Complete with colour monitor, decent keyboard, microdrive storage and a small fleet of plug-in goodies. I even had a nice little 300 baud modem. Though when I tried to download a chapter on printers for the Spectrum book from a colleague in Leeds, it took us all night. For a 2Kb file…!

After that I did pretty much what I wanted. Loads of audio-visual and video scripting (very well paid). Books – fiction and non-fiction. Copy-editing (which I was good at) and proofreading (which I was less good at, and tended to farm out to other people). I co-wrote a history book (‘The Hammer and the Cross – the conversion of the Vikings’) and my first novel (‘The Ice King’), both with the late great Michael Scott Rohan. (We set the  novel ten years in the future – and between us predicted the internet, search engines, and the one-person TV news team…) We also wrote a piece of utter nonsense called ‘Fantastic People‘, produced for no better reason than to string together a bizarre and incoherent selection of science fiction and fantasy artwork. Fun, though.

I even got to write an adventure game for the BBC Micro. (Text-based, of course.) Apparently it went down a storm with the teenagers I’d written it for. Perhaps a sign of things to come…

In the meantime Mike and I – along with mutual friend Phil Gardner – had moved our computers up a notch. We were now running Atari STs, which provided most of the functionality of an Apple Mac at a fraction of the price. Working with a pioneering piece of desktop publishing software called Fleet Street Publisher we set up Asgard, a publishing services partnership. And were soon offering publishers on-screen editing, and outputting the finished files in PostScript, ready to hand over to the printer. But a futureproof business? No way.

When the internet we’d predicted finally arrived, we were more than ready for it. And I made it my business to learn and understand how to code in HTML. For some reason I thought it might be useful. But in the meantime I was finishing my first solo novel – The Dragon in the Stone – getting married (after battling chronic illness for 7 years), and co-writing one final novel with Mike. ‘Spell of Empire: The Horns of Tartarus‘. Accurately described as ‘a fantasy romp’.

But the times they were a-changin’. And publishing in particular. Huge publishing conglomerates were swallowing up their smaller competitors by the score, and they had no time for mid-range authors like us. Making a living as a fiction writer became more and more difficult. (Assuming you could get published at all.) And even the corporate videos that had paid me so well were starting to dry up. Attention spans were shrinking. No one wanted to watch, or pay for, even a 12-minute video.

I needed a futureproof business that was a little more… well, futureproof.

Once again, I needed to seek out new opportunities…