How do you respond to an ‘invisible illness’? 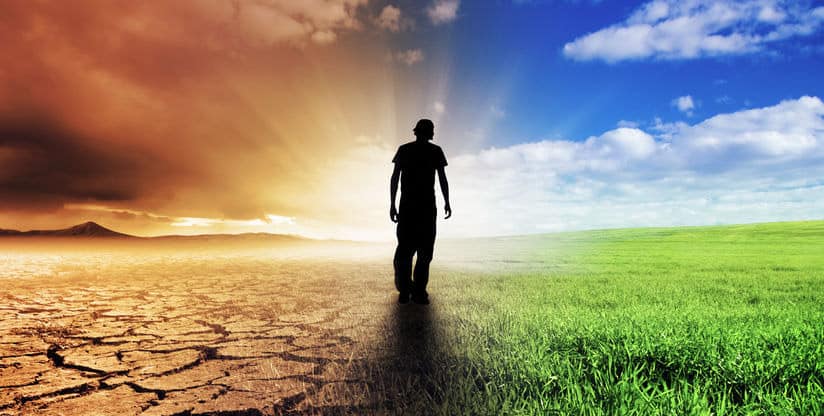 So what do I mean by an ‘invisible illness’? Let me explain.

Early in my career I was lucky enough to meet a talented young audiovisual and video producer who had seen – and loved – one of my scripts. He recognised my (emerging) talent, and gave me a lot of work. At least, until he himself was forced to stop working.

He stopped because he’d developed a condition now variously known as ME (Myalgic Encephalomyelitis), CFS (Chronic Fatigue Syndrome) and – most recently – systemic exertion intolerance disease. In those days it was often, dismissively, described as ‘yuppie flu’. And then – as now – it was, to most people, an invisible illness.

At the time I didn’t know what had happened to him – I only found out years later. After I’d contracted the same condition myself.

It was 1984, and my freelance career was on fire. After two years of hard graft I was getting as much work as I could handle – and a bit more. I was earning well, with enough spare cash to invest in a new bathroom and kitchen for my tiny flat. So tiny, in fact, that my one living room was full of kitchen, and my one bedroom was full of bathroom. And as well as working crazy hours, I was running round the landscape buying the various bits and pieces my builder would need to finish the work – and restore two vital areas of my flat to normal operation.

Not to mention having a cold – or what others might have called ‘man flu’. Which, for some reason, didn’t seem to go away. I felt constantly achy, lethargic and woolly-headed.

After three months I reluctantly went to my doctor, who specialised in lack of empathy. Luckily I got to see a young Pakistani locum instead. He told me I had ‘post-viral syndrome’. And that, with any luck, it would go away.

Returning to the surgery I discovered another young doctor – Doctor Watson (yes, really) – had taken over the practice. He confirmed the diagnosis and offered to write a note to my employer so I could take time off.

He raised an eyebrow. ‘Really? Who is he?’

And that was the problem. I lived on my own, with a mortgage to pay. My only other family in the UK – my parents – had enough problems of their own, as my mother had been diagnosed with Parkinsons and my father was sliding into the role of a full-time carer. Any state benefits available to me were likely to be minimal, even if I’d wanted to apply for them – and even assuming that the Job Centre chose to recognise my ‘invisible illness’. I had some savings, but certainly not enough to live on.

So the best option was just to carry on. And find a way to survive.

Living with an invisible illness

On 80% days I was borderline functional – with enough energy to sit at a computer and do my work. Or, at a push, to go to a meeting and take a brief.

On 50% days I barely had the energy to get out of bed, my body ached, and my thought processes ran at half speed. Or sometimes hardly at all.

The trick was to plan ahead, and rest in preparation for days that would need more energy. By doing that I could reduce the number of times I suffered a major relapse. And I could continue to function as a freelance writer, editor and scriptwriter. Most of the time.

(I dread to think of the treatment today’s sufferers get if they go for a DWP assessment on a ‘good’ day.)

And bear in mind that I was (relatively) lucky. A recent documentary by an ME sufferer gives a heartrending account of just how bad it can get.

Exercise was out. I had always loved walking and cycling, but now if I tried to exercise I would always trigger a relapse. Diet? That was whatever I had the energy to buy and cook – so my 31-inch waistline was soon expanding at an alarming rate. (No deliveries to the door from supermarkets in 1984.)

Depression – a known ME symptom – was a constant companion. I found ways to fight it, but it was always there.

And so it went on. For the next five years…

Every March, on the anniversary of my illness, I’d have a relapse. It was depressingly predictable. But each time I would recover just a little more quickly. Until, one day, I realised that I needed to get out. To find something that would bring me new horizons, fresh air, and new friends. People who would understand my illness, and be willing to help if I was having a bad day.

Which is how I began my parallel existence as a historical re-enactor – with a bunch of friendly lunatics called The White Company. And how I met my wife, Rosemary Muntus.

Rosemary has her own story to tell about the trials of loving and living with an ME sufferer. But I’ll leave that to her. Enough to say that over the next two years I slowly got better. Despite the occasional relapse (and the predictable one each year on the anniversary of my initial illness). It helped being happy. It helped having someone else to share my life and take care of me when I couldn’t take care of myself.

And it helped that I’d learned something remarkable on our wedding day.

We’d arranged most of that ourselves, with the help of a willing cadre of re-enactor friends. Because we were getting married in late 15th-century clothes. (You wear monkey suits if you want to. I’ll wear what I like…) But it was a lot of work. And so was the novel which I was contractually bound to deliver just one week before the Big Day. Result – yes, you’ve guessed it – a massive relapse the day before the wedding. In fact I could barely stand up. I reckoned they’d have to take me to church in a wheelbarrow (and prop me up when I got there).

But that didn’t happen… 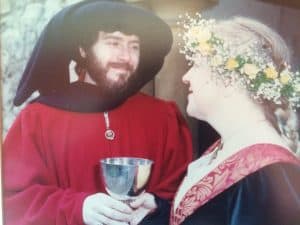 In the church I was surrounded by supportive friends – people who knew me, knew I was ill, and were doing everything in their power to help. When the moment came I did stand up. While Rosemary came down the aisle at double speed, in case I stopped standing up before she got there. I turned to see her, in her beautiful green velvet gown, her hair wreathed with flowers, face shining with love and expectation. I felt a flood of pure joy…

It wasn’t the end of my illness, by any means. But it was the beginning of the end. And while I know, from bitter experience, that the symptoms of ME/CFS are completely real, and impossible to fight in any conventional way, I also know that a great deal depends on the mental attitude of the sufferer.

So would you employ someone with an ‘invisible illness’?

People who get ME are often intelligent, energetic high achievers. Exactly the kind of people you’d want to employ. So if they’re honest enough to admit they have an invisible illness, don’t dismiss them out of hand. Instead, why not think how you could get the best from someone who still has so much to give?

Flexible scheduling. A working timetable that gives them the chance to rest when they need to. Homeworking as standard when they can’t make it into the office.

Or, perhaps, a setup like ours here at Mill House Media – where our team members work from home all the time and have a few regular commitments, plus frequent offers of additional work. Which they can take or leave as they choose.

So. What would you do? How would you cope? And would you be willing to share this post with other people who may also be deciding whether or not to hire an ME sufferer?

I promise you, we have as much to give as anyone else. And sometimes more.