Interviews – and asking the right questions… 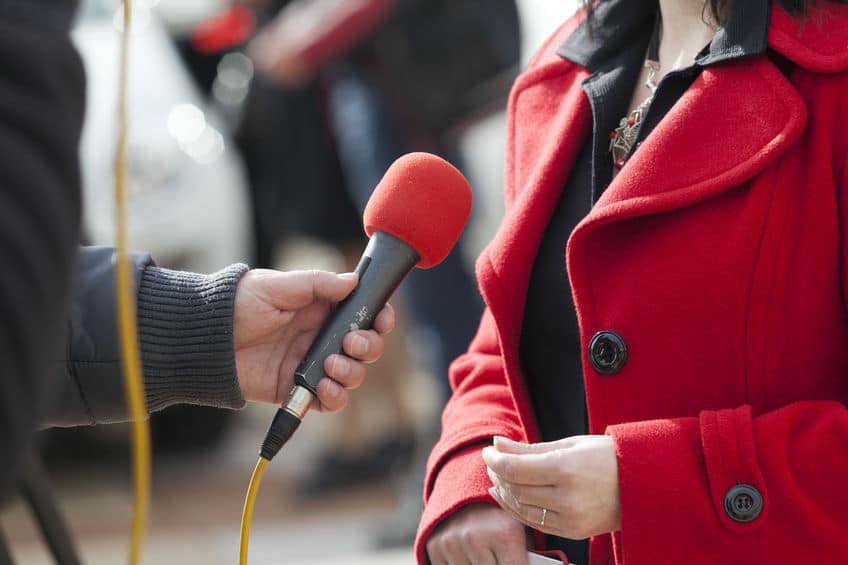 Interviews for video aren’t exactly like the ones you see on the news.

It’s true that you’re after the same thing as a news reporter – namely the story. But there the resemblance pretty much ends. Because it’s your job to make interviewees look good on camera. Even if they’re not. And sometimes they really aren’t…

Back in the day a corporate video might run for twenty minutes. There’d be long clips of people in suits talking to camera. Hopefully with a few cutaways to relieve the tedium.

Try running a twenty-minute video now, and the audience will run after the first three. Or even the first two…

So how can you make a ‘vox pop’ video work? And make the interviewees look good? While still delivering a coherent message?

Nose to the millstone?

A few years ago a producer I’d worked with before invited me to script a very special project. It was a documentary about a remarkable industrial building – Clarence Mills, in Hull.

Remarkable because it was the very first flour mill built by Joseph Rank – founder of the company that would become Rank Hovis McDougall. And whose family also created the Rank Organisation.

Joseph Rank was a pioneer – an early adopter of new technology. His original mill included equipment at the bleeding edge of industrial engineering. But by the dawn of the 21st century Clarence Mills was feeling its age, and could no longer comply with modern safety legislation. Hardly surprising, really. It was bombed flat by the Germans during the Second World War. And when it was rebuilt, in the 1950s, it was equipped with milling machinery that was already well past its prime.

It’s all in the planning…

I spent three days in Hull doing research, visiting the plant, and doing interviews with the people who worked there. It was a hugely enjoyable task. I’d already done a great deal of background research, so I knew a lot about the history. What I got while I was there was the colour that made the history come alive. The employees at Clarence Mills were often the children or even grandchildren of people who had also worked there. It was like an enormous family. And as in any family, stories were handed down and shared.

And the interviews themselves? For the most part I just sat with a digital recorder and let people talk. Telling me what they knew. What they remembered. Things they were proud of. And things that had made them laugh – or cry. The result was a treasure trove of stories ready to be incorporated into the larger story of the mill itself.

A hunt in the local archive also turned up a wealth of historic pictures for the video. Now we just needed to put all the pieces together.

So I came up with an overarching storyline. A detailed treatment. And a structure that took the best of all those interviews and wove them together into a narrative.

That done, the rest was up to the film crew. They went in with my script, and with the interview questions I had prepared. Questions that would remind each contributor of the particular story I had in mind. And then let them tell it in their own words.

The finished film was shown to everyone in the plant – and reduced many of them to tears. The thanks I received for my work were among the warmest I’ve ever had. And the show even featured on the local BBC news programme.

Afterwards I took what I’d learned on that shoot and used it for other projects.

The trick was to write questions when I already knew the answers. When I already had a pretty good idea what people would say. Or to put a question that would produce a short and snappy answer. (So we could cut half a dozen different ones together. And create a really fast, pacey sequence.)

Then we could let people answer in their own words, while being pretty clear roughly what they would say. Or to ensure their answers would be short enough that they could say what they liked!

Conclusion? It helps to know what questions to ask in the first place – and what the answers are likely to be. Failing that, ask sensible, open questions – anything that won’t get just a ‘yes or no’ answer – and cut the best responses from different interviewees together in the edit. If you get them talking too much, or too long, they’ll ramble. Or stumble. Or develop incurable stage fright. Make it easy for them, and the results will make it easy for you. And remember – you don’t always have to show their faces. Sometimes a series of vox pop comments is best set against images of what they are talking about – as I’ve already suggested elsewhere…!

(And if it’s a commercial video, yes of course you leave the negative and unhelpful answers on the digital cutting-room floor…!)