Are you consistent? And should you be? 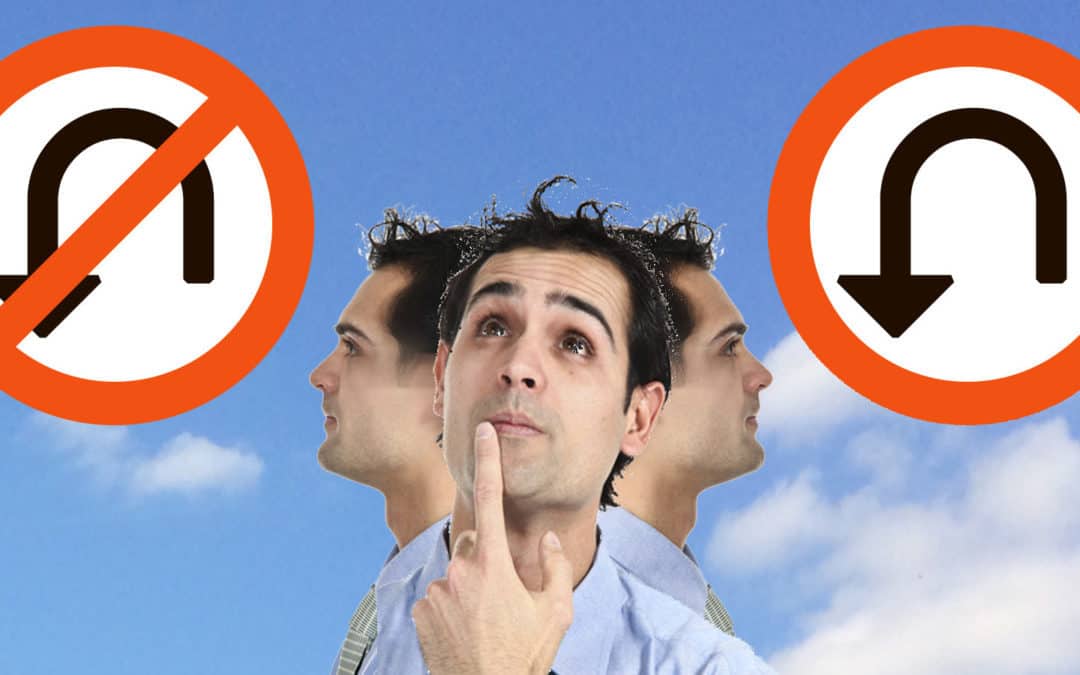 When politicians are not consistent, we hear all about it. There’ll be talk of U-turns. Of weak-mindedness. Of failure to live up to their principles. And of anything else that suits the agenda of their critics.

When the rest of us are not consistent, we may face similar accusations.

‘I don’t know what you really think.’

So when you’re talking about your business, it’s probably a good idea to start with a clear idea of what that business is about. What its principles are – and should be. What’s driving you – and what you want to avoid.

Because – in the words of Roy T. Bennett – “Consistency is the true foundation of trust. Either keep your promises or do not make them.”

Or, as Maggie Thatcher’s speechwriter famously put it, ‘You turn if you want to. The lady’s not for turning.’

And it’s important to start as you mean to go on, because – as Anthony Robbins remarked, “It’s not what we do once in a while that shapes our lives. It’s what we do consistently.”

So far so good – but is that important? In the context of writing content for your website, your blog, or your newsletter?

Well – yes. Or at least it can be. Because a recent survey by Hubspot identified two kinds of content.

‘Decaying’ content – as they call it – takes advantage of the moment. It catches the spirit of that moment, makes the most of it, and generates a substantial number of hits.

And then it ‘decays’. Because the moment has passed, and it’s no longer relevant.

‘Compounding’ content – again, using their term – deals with a topic of continuing interest. Something, if you like, that is always relevant.

And that will generate a continuing flow of hits. Long after the topical post has lost its punch.

That’s why it’s so important to be consistent – because the article you wrote last year shouldn’t – usually – conflict with the one you’re writing this year.

Can you be ‘too consistent’?

Absolutely you can – because we live in a fast-moving world, and yesterday’s good practice may no longer hit the button today.

Or, as Ralph Waldo Emerson, put it, in Self-Reliance: “A foolish consistency is the hobgoblin of little minds.”

Aldous Huxley agreed with him. In Do What You Will: Twelve Essays he remarked that “Consistency is contrary to nature, contrary to life. The only completely consistent people are the dead.”

Oscar Wilde, as you might expect, was more pithy: “Consistency is the hallmark of the unimaginative.”

In a business context it’s worth looking at some of the sea changes among the big brands in recent years, particularly in the energy business.

BP, for example, has deliberately chosen a greener, more ecological look . That’s despite being in the oil business, currently seen (at least by scientists and the more rational among us) as a major contributor to global warming.

But the branding works, because it helps make us more comfortable with the inconsistency. And let’s hope that behind that branding, BP are working hard on alternative energy, if only to safeguard their own future.

Take a little time out to review your own thinking about your own product or service.

Has the market changed? Has your target audience changed? Are their needs and challenges still the same?

Or is it time to change gear? To update your website? Write some new content? And remove – or update – the stuff that’s now out of date?

(Even at the risk of being inconsistent…?)