Unsubscribes – and how I learned to love them 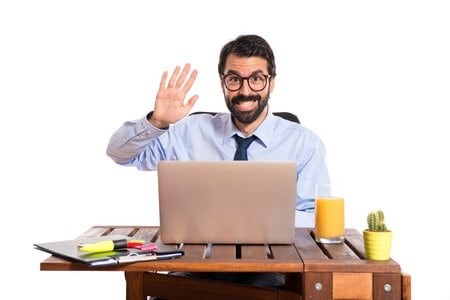 A word of explanation first. When I talk about unsubscribes I don’t mean people leaving my list in droves . If that happened I’d start worrying! I’m talking about the odd occasion when someone decides to take a break from my emails.

When that happens I remember a conversation I had with one of my very first clients. He had a list of some 4,500 contacts. But he was an energetic and committed networker. And I knew – without a shadow of doubt – that these were all people he had met. And spoken to. And asked permission from.

At the time 4,500 subscribers sounded like a lot. But then I was only just starting out, and still getting to grips with some of the basics. Even so, I managed it for him, and we got some good results.

But quite a lot of unsubscribes.

That worried me, so I spoke to him about it.

What he said in reply has remained with me ever since. In fact I often pass his words on to new clients who are worried about numbers.

He said: ‘I don’t honestly care. If they don’t want to hear from me, that’s their choice. In fact I wouldn’t mind if we got that list down to just 250. As long as they were all people who really wanted to read what I’m sending them.’

And there, in a nutshell, is the point.

It doesn’t matter how many people you have on your distribution list. You could have tens of thousands – but if none of them is opening your emails, and you’re getting unsubscribes by the hundred, you’re gaining nothing.

At the other end of the scale you could have just a hundred – like another of my clients. But because almost all of them read everything she sent, that list delivered great results. Time after time.

So don’t ask how many contacts you need to create a viable list. It’s really the wrong question.

Here are the right ones:

Careful about that last one. I’ve kept in touch over the years with a trusted and valued contact from my days as a visual scriptwriter. He’s always opened and read my newsletters, and occasionally we’ve exchanged messages, but it’s been quite a while since we worked together.

But now we’re looking at a new project that calls for the best of both our talents. And it wouldn’t have happened if I’d crossed him off my list.

(He knows who he is. And he also knows I wouldn’t do that!)