Is your marketing strong and stable? 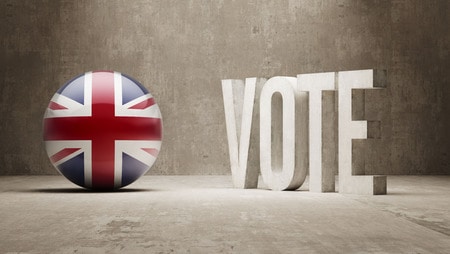 My own political sympathies are well known, but not relevant here. However, there are useful lessons we can learn…

Theresa May and Jeremy Corbyn were out meeting people face to face. So were the other party leaders. And it was important. People are far more likely to trust someone they’ve actually seen in person. And to remember what they actually said – as opposed to what someone else thinks (or wants us to think) they said.

Reportage, after all, is always subject to interpretation by the people doing the reporting. And in political circles those people all too often have an axe to grind.

In business, the same logic applies. Networking – face to face – will help people to know, like and trust you. Like the politicians, you’ll have to work hard (at least to start with). And it doesn’t deliver quick results.

So don’t expect to get a landslide in sales after a month on the job!

Alas, that’s what politicians often have to do – especially in a snap election.

Finding – and reaching – your target audience

Over the last few decades politicians have refined the art of targeting their election messages.

They’re aiming at the undecided voters – specifically those in key constituencies where results could radically affect the outcome of the election.

And – until recently – that has worked well.

So what’s going wrong these days?

The answer has less to do with business and more to do with politics.

In business, finding a niche market is always a good strategy. You can identify a group of people, develop and refine the right messages to reach them, and then use targeted marketing and advertising to put that message across.

In politics, doing this for too long risks alienating the much larger body of people who normally vote for you. Which seems to have happened to all the major parties. It also means that your offer is so carefully crafted to reach people on the fringe that it can lose touch with the rest of your constituency.

And – I venture to suggest – that’s also happened.

Another lesson worth learning has to do with the way you talk to people.

Yes, the spin doctors tell them to repeat one key phrase over and over again. And sometimes it works. But for many people it will become first irritating and then seriously annoying.

Perhaps one reason why in June 2017 a party that had a 20-point lead in the polls saw it fall to just three points – and then found its comfortable parliamentary majority reduced to such an extent that they needed to cut a questionable deal with another party.

The lesson for networkers is to use your ‘catch phrase’ wisely – but sparingly. And to back it up. Not just with good arguments, but with actual examples of what you’ve done. And how it has helped your clients.

Better yet, get them to do it for you. The UK market distrusts people who keep telling you how good they are.

(Yes, it worked for Donald Trump. But the UK market has always been different. Let’s just hope it stays that way…)

Understandable, given that the campaign started by offering a simple choice between two party leaders.

Sensibly, the Conservatives realised that the electorate had started to consider the actual package that each party was offering. And it became clear that many rather liked what the Labour party had on the table.

In marketing it’s vital to ensure that the message you are putting across resonates with your target audience. And you can do that only by testing and measuring.

That’s fairly simple in digital marketing, but harder elsewhere – so it may be best to start with your website and/or your social media messaging. That way you can quite literally see what gets the best response.

Or it could – as in politics – open up a very large can of worms…!

Social media has been blamed for most of the recent less-than-predictable political outcomes. It can and often does cause real problems for politicians. (Perhaps especially those that can’t get through the day without an emotional rant on Twitter.) But what makes a headache for a politician can be exactly what a business needs to thrive.

Of course, if a dissatisfied client starts to vent their frustration online, that balance can change. Dramatically. But if you’re switched on about customer service you can actually use that as an opportunity. From experience I can vouch for the fact that dealing quickly and helpfully with a customer problem can actual convert them into an evangelist for your business.

And what more could you ask?

Politics is a fine art, and electioneering has to be one of the trickiest enterprises any person or group of people can enter upon. It definitely offers lessons to you as a business entrepreneur – but, luckily, your job is actually a lot easier.

And that’s something to be very grateful for!